You have seen him all over the San Diego Comic Con for years, and his art everywhere from concert posters and galleries to Dogfish Head ale bottles. We love Jermaine Rogers, and we thought we would pick his brain for a moment.

Jermaine Rogers (born October 14, 1972 in Houston, Texas) is an artist and designer in the field of modern rock/pop poster art, also known as ‘gigposter’ art, as well as serigraph and fine art production. Rogers began his career in Houston, Texas as a member of the 1990s Texas poster-art scene, which featured fellow artists Frank Kozik, Uncle Charlie, and Lindsey Kuhn. Since 1995, Rogers has designed posters for a wide variety of musical acts, including Neil Young, Tool, Deftones, Tori Amos, David Bowie, Morrissey, The Cure, Mars Volta, Public Enemy, Them Crooked Vultures, and literally hundreds of others. His work is viewed as influential in the modern resurgence of the art form, “continuously crafting images that push boundaries, whether social, cultural, or aesthetic”. His work is cataloged among the permanent collections of the Rock And Roll Hall Of Fame in Cleveland, Ohio as well as the Experience Music Project in Seattle, Washington. His work has been featured in various media, including print, television, and feature film. Rogers currently divides his time between Brooklyn, NY and Houston, TX. USA.
(Wikipedia) 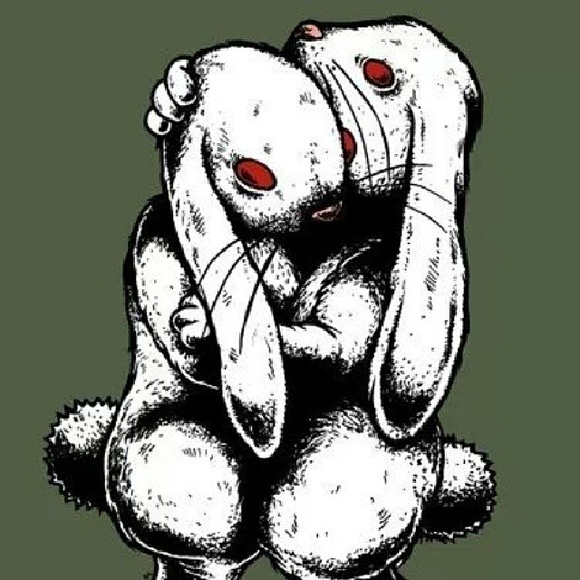 If you ever get the chance, have a conversation with Jermaine. He is a volcano of knowledge and always a good talk. The talks we have had at SDCC over the years have always been epic, but and to give you a small taste, we asked him 5 questions.

KR – Your Apocalypse Dunny was a huge hit. How did you finally get connected with Kidrobot?
JR- Well, I’ve sort of danced a weird dance with KR over the years. A lot of ‘courting’. We were very familiar with each other and always wanted to work together, but things never worked out. There were a few items I did with Strangeco in the early 2000’s that KR carried exclusively, and they were always very kind to me when I’d run into their people. They always held out the invitation to me to do a Dunny, but it’s just something that, for a variety of reasons, I never seriously got around to. Around 2008 or so, they really started reaching out to me seriously and persistently. Paul (Budnitz) and Joanna (Sieghart) both were very interested in doing an original figure with me, and basically gave me free reign to come up with an idea. By 2010, we had gotten a couple of ideas on the drawing table, including a ‘Jackalope’ vinyl piece (based on the silk screen art print I’d done earlier). It would’ve been a vinyl wall-plaque of sorts, sporting the 3-dimensional, sculpted ‘life-sized’ vinyl head of one of my Jackalope bunny characters that you could literally display on a wall. Ultimately, we abandoned this project for something different. About a year later, I was asked to do the Apocalypse Dunny series and felt good about what I could bring to the series. It was fun to do. Around this time, I met with Galen (Creative Director) and really dug his approach to things creatively. Working with him and his team has been really enjoyable.

KR -When you start new project, what is the initial inspiration?
JR- It could be a myriad of things. Sometimes it’s something in the news, or something I’ve recently heard or read. Sometimes, it’s something that’s been gestating in my mind for a while. Some ideas work that way: they need to marinate. Other times, it’s just an ambient thing that’s kind of there, floating in the ether. That’s the wonderful thing about ‘art’: the initial seed can come from so many places, and combine with the present state of your mind to create that elusive ‘spark’. In my other career of designing artwork for rock and roll bands for years, I’ve gotten a lot of practice in balancing ‘brain’ with ‘gut’. There’s a certain amount of brainstorming involved in the creative process, but many times it’s a hunch…and it takes a while to really learn to trust your gut and just go with hunches. After a while, your gut will either justify or condemn itself: you’ll know which it is by looking at the body of work that you are building. And even then, it all depends on your point of view. If ‘success’ is viewed by whether something sells a lot or gets lots of critical praise from the community, then certain ideas and pieces of work that you produce might be viewed as ‘failures’, to some extent. There’s a lot of compartmentalizing, you know? Like, ‘THIS over here is to pay the bills…but THIS right here is for ME’. I think the longer you work and the more practice you get, you can meld the two into the same thing. But yes, there’s a certain kind of vacuum that you have to exist in. An insulated, private place where every one of your initial sparks of inspiration is given a fair shot, regardless of the ‘will this sell’ aspect. Did I answer you question?

KR – Since I know you are well versed in the music scene, what do you listen when working?
JR- A variety of things. I can’t name them all. For instance, today I’m working on turn-arounds for a new figure that will be the third release on my own label (DERO 72) this fall. If I look at my I-Tunes shuffle history for today thus far, here’s what I see:
‘Cuckoo’ – Analogue Bubblebath
‘The Scoop’ – Beastie Boys
‘Object’ – Ween
‘Sister Morphine’ – Marianne Faithful
‘Billy Jack’ – Curtis Mayfield
‘Du Liegst Mir Im Herzen’ – Marlene Dietrich
‘Return Trip’ – Electric Wizard
‘What You Won’t Do For Love’ – Bobby Caldwell
‘Madison Ave.’ – Gil Scott Heron
‘Empty Chairs’ – Don McLean
‘Food + Clothes + Shelter Pt. 2’ – Dead Prez
‘The Big Orange Love’ – The Flashbulb
‘Negative Creep’ – Nirvana
‘Eight Is Enough’ (Television Theme Song)
‘You Are What You Is’ – Frank Zappa
That’s just a taste. As you can see, there is no rhyme or reason…no connecting factor, other than they all fucking rule.

KR – With your immense depth in doing gig posters, what is one band you wish you could do a poster for that you haven’t?
JR-If we’re talking overall…across all of rock and roll history, there’s a bunch. I’d have loved to do a print for Hendrix, man. A Marvin Gaye print, right around 1976…that would’ve ruled. A Woody Guthrie print would’ve been awesome. The Smiths. Joy Division. It would’ve been awesome to do something for T. Rex, too. Anyways, that could go on forever. If we’re talking about bands/artists who still exist, top of the list is Aphex Twin. I’ve never gotten the chance to do anything for any of Richard James’ projects, and it’s hard because he really doesn’t tour a lot anymore. But man, the first chance I get, I’m on that.

KR – Ok time to nerd out, how stoked are you on the new Godzilla movie and the reboot of Star Wars?
JR- OK, so GODZILLA…you know, I’m really looking forward to it, surprisingly. I like GODZILLA: I still have my SHOGUN WARRIORS ‘Zilla in the box displayed in a case in my home. But, I’m always a skeptic when it comes to Godzilla reboots: that last thing in the 90’s really sucked. But this looks good: seems like it’s handled very seriously. The trailers look heavy, the way that shit would really be if it did go down. Plus, ‘Walter White’ is in it, so I’m in.
Now, Star Wars…dude, when they announced that Luke, Han, and Leia were back, they had me. The original trilogy is like religion around here: I’ve got an entire childhood invested. That stuff was foundation material for me, determining a lot of who I am and how I processed fiction and fantasy and storytelling and all of it. I’ve got a lifetime of man-love for Han Solo. My first hero ever. And I’m glad about the new mgmt. on those things. It seems the saga is in capable hands. So yeah, I cannot wait.