Jermaine was delighted to create a print for RUN THE JEWELS, one of the most forward-thinking bands on the scene today. The imagery incorporates the trademark hand-symbols that serve as the band’s logo: the hand-gestures depict the sign of a gun with one hand, while the other hand symbolically holds ‘the jewels’. The ‘stick-up’ street phrase, ‘Run the jewels!’ (which was also an old LL Cool J lyric), is tantamount to saying, ‘Give me your valuables NOW!’.

When asked why they chose this phrase as the name of the band, Killer Mike and El-P responded:
‘When I hear ‘Run the Jewels’, I see the cast of Reservoir Dogs walking out of that diner together. It is tough-as-nails rap music without being belligerent or unnecessarily coarse. It’s just dope, fun, real, raw rap shit.’ (Killer Mike)
‘It was also a nod to the records. That was the era that made me and Mike fall in love with rap music. For us, this project is about that. This whole project is really about our love for rap music.’ (El-P)

Jermaine took this opportunity to showcase the squirrels, newly seen beings in his woodland universe.

He comments:
‘In the dense wood, the squirrels are eternal hustlers. Always searching, always looking, always on the run. They have no allegiances, no long-term alliances or treaties with any other animals of the forest. They are beholden to no one but themselves, their own families and communities. From high above the floor of the forest, they watch and plan and plot…above the heads of all the other animals. From treetops, they decide…you dig it? And then they TAKE.

I thought they fit this print and the aesthetic of RTJ perfectly. I love this band and have been friendly with certain individuals in their ‘family’ for several years. It rules to finally do something ‘official’ with them. Hands down (in my opinion) one of the most important, most kick-ass bands on the scene…and really nice guys.’ – jr

This print measures approx. 26×22 inches and is a 6-color screen print (including a metallic gold).

SHATTERED FOIL VARIANT – This print measures approx. 26×22 inches and is printed on SHATTERED FOIL stock. From a signed and numbered edition of only 25 pieces.

FROSTY (Light Blue) VARIANT –This print measures approx. 26×22 inches and is printed on ‘Frosty’ French SnoCone stock. From a signed and numbered edition of only 15 pieces.

RUN THE JEWELS (Houston 2015) ‘Cop’ – This print is the variant artwork/design for the recent RUN THE JEWELS show in Houston. Measuring approx. 22×10 inches, this piece is screen printed on cream gallery stock.
Regarding the artwork, Jermaine comments:
‘No comment.’ – jr
From a signed and numbered edition of only 75 pieces.

‘Cop’ SHATTERED FOIL VARIANT – Measuring approx. 22×10 inches, this piece is screen printed on SHATTERED FOIL stock. From a signed and numbered edition of only 25 pieces.

‘Cop’ ANTIQUE GOLD VARIANT – Measuring approx. 22×10 inches, this piece is screen printed on Antique Gold Stardream stock with a metallic hue. From a signed and numbered edition of only 25 pieces. 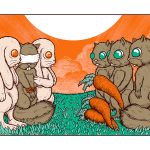 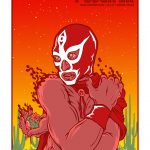